Home » Hot or not? How seriously should you be following ‘property hotspots’? 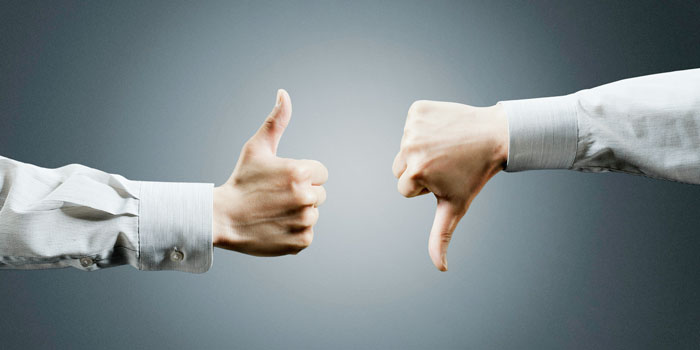 In this week’s Ask An Expert feature, David Whitburn tackles the myth of property hotspots and breaks it down once and for all for investors.

What are your thoughts on property hotspots?  A lot of times I find people asking at APIA meetings Where is the next Auckland hotspot?  But what if somewhere that was flagged, quite legitimately at first, as giving investors good capital growth and yield, was to bottom out due to over demand and the prices are to plummet?  That would be stressful for owners who bought during the hype, especially negatively geared ones.  Should I therefore take hotspot talks with a grain of salt?

Many people look for the next silver bullet and get rich quick scheme.  Hotspots are sometimes giving by intellectual pygmies and that is disingenuous.  The timeframe is an issue to consider too.  Is it a next couple of months guess, medium term (say 5 year pick) or long-term >10 year pick?  There is an element of crystal ball gazing of course, so hotspots have to have a level of art rather than be pure science.

Property investment is a get rich medium strategy in Auckland, and get rich slow in many other parts of New Zealand.  Negative gearing is of course common as shown in the Barfoot and Thompson monthly suburb reports.  The latest month’s statistics showed the average gross yield is 3.63%.  Whilst I acknowledge a significant number of investors don’t have any debt, the majority do and interest rates are generally at least 2% over this average yield figure.  There is pressure likely to be seen next year on interest rates to go up so cash-flow is important to focus on.

The truth ignored by many is that property investment is a balance of cash-flow, equity and growth.  If you just go for growth, unless you have outstanding personal cash-flow then you are in trouble when you seek your next loan approval.  The hotspots have changed as the growth has rippled further out.  I see a number of people with a flawed property strategy that invest in older units at sub 5% yields in Central Auckland.  Growth has historically not been as high as places with more land, which like Sydney and Melbourne will improve over time, but we are not there yet.  Then there are risks from the Unitary Plan which is likely to be in place in late 2016 which makes it much easier to have brand new, better built, warmer, dryer units which are easier to finance in light of being exempt from the Loan to Value Ratio restrictions.  Would you rather have an old unit that fundamentally looks ugly despite your best endeavours that your home-owner end buyer has to put four times the deposit into to purchase than a brand new one?  Already a number of terraced houses and apartments are in the development supply pipeline to compete against these units.  Buying new is better and will deliver you better tenants paying better rent, staying for longer with their warmer drier healthier homes, and give you better financial performance with lower repairs and maintenance bills and a higher depreciation expense.

The hot spots I am investing in are based on breaking down suburb data, migration trends, rental trends, current supply statistics from building consents, demand levels (more of a qualitative measure from trusted agency owners, real estate agents and branch managers), the Unitary Plan, discussions with developers, Auckland Council forum, planning policies and local trends, discussion with senior bankers, many other sources and of course ‘the vibe’.

The Unitary Plan is using a model of having satellite CBDs, so areas like Westgate (Massey North), New Lynn, Albany, Takapuna, Manukau will provide large stimulus.  You don’t have to be a tax lawyer to work out that what happened to properties around significant new infrastructure and amenities like the St Lukes Shopping Centre, Botany Town Centre, Sylvia Park and other shopping centres around the world will repeat.  A screamingly obvious hot spot that few identify successfully is Westgate Town Centre which is a 56 hectare billion dollar development on the northern side of SH16 to the current small Westgate shopping centre.  This is far larger than Sylvia Park and Botany Town Centre. House prices and rents in suburbs nearby such as Massey, West Harbour, Royal Heights, Swanson, Ranui, Whenuapai, Hobsonville (watch over-supply) will go up as more of the development is built.  This is because they will be in demand in terms of people wanting to spend less time commuting and be closer to work and all the things they need are at there footsteps.

If you wanted my top 5 picks I would go for Massey, West Harbour, Swanson for the Westgate Town Centre reasons and I like the locals and their pride with their elegant green suburb of Swanson which they name Swansonby.  Then there is Birkenhead, which was a little run down in decades past but those commanding views many residents have, the gentrification of the suburb still leaves me to believe this suburb is under-priced.  And I would add in Papatoetoe as it has far more home-owners than surrounding suburbs, spending good money to improve their houses and gardens, and there are redevelopment plans for the Papatoetoe Town Centre in St George Street, traffic improvements happening and there is rental safety with the nation’s fastest growing and largest hospital in Middlemore Hospital so close by to the north of the suburb, Manukau Town Centre to the south of the suburb, including a large new campus for MIT (Manukau Institute of Technology) and the continued growth of Auckland Airport and its nearby businesses.

Of course some areas may only go up 50% in 10 years when someone thought that suburb would go up 75%.  If you have high enough cashflow the downside will take care of itself.  By investing in New Zealand’s economic and migration hub Auckland, you are pretty much guaranteed long-term growth.  I know of an APIA member who bought two investment properties in the 1970s/80s who now has two debt-free investment properties as well as their own home and this provides them over $80,000 per annum cashflow on top of their pitiful National Superannuation (net of taxes is sub $20K/year).  Time in the market not timing the market is the key.  I wrote in my best-selling book Invest and Prosper with Property, about how my my grandparents bought a section from farm subdivision off plans in 1955 in Kohimarama for £600. It is valued over $2,000,000 now.  Kohimarama might not have been a hot spot then, and may not be one know – but the views of Rangitoto and our stunning Waitemata Harbour and now views of the raised CBD skyline are all still there.

Sometimes it pays to think long-term, and to satisfy the three pillars of property investment success:

Do you have any property related questions for our panel of experts?  Comment below or email us at [email protected].