Home » Tenancy adjudicators can spot your crazy a mile off 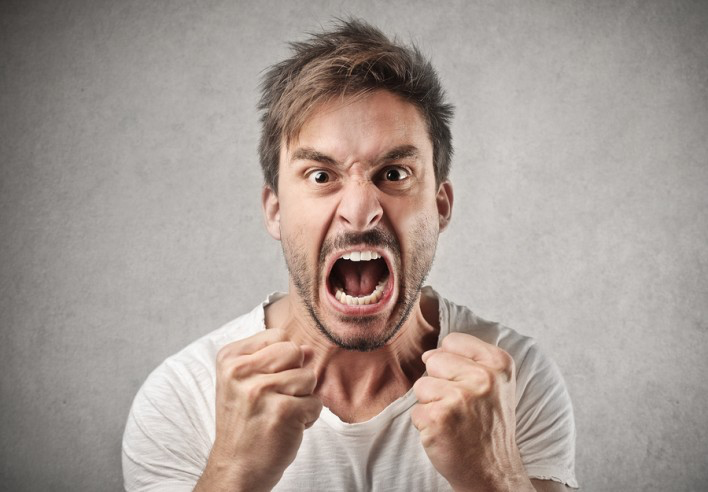 If ever there was a reminder for landlords to remain collected and evenly keeled, it is Wicjhita Holdings Limited vs Ross, Helena.
Boy… what a case.

Helena Ross’ tenancy from Wicjhita Holdings Limited (“WHL”) was subject to an earlier Tribunal decision which resulted in a termination and money order
against the landlord, WHL.
Application 4090334 to which this commentary relates concerns post-tenancy monetary claims by WHL covering rent arrears, pool cleaning, paddock hire for
grazing cows (yes, you read that right), lightbulbs, ground management, repairs to furniture, carpet cleaning, and commercial cleaning on exit. Additionally,
the landlord also sought exemplary damages (for some damages, tampering of electrical, intimidation of landlord) and what is really a hybrid restraining-trespass
order against Ms. Ross and her husband.
In a case that involved the SPCA, the police, trespass notices, a fired property manager, and an acerbic pool inspector (read here),
to describe parties’ relations as acrimonious would be to put it very, very mildly.

There are four parts to the landlord’s claim: rent arrears, compensation, exemplary damage, and a restraining order. The last claim is clearly ultra vires
to the Tribunal’s jurisdiction is quickly dispensed with. As facts relating rent arrears are fairly straightforward, the adjudicator assented
to the application without much fanfare.
Of interest to this commentary are the claims of compensation and exemplary damage. Considering the landlord is awarded only $250 out of the $1,742 compensation
claim (not even 15%) with no exemplary damage, we must ask the question – Why has this application gone so spectacularly wrong?
When you go through the language and tone of the order, the seminal thrust of the order becomes very clear – if you act like a child, you will get treated like a child.
The adjudicator rejects the ‘polemical tone’ of the landlord’s less than credible pool inspection report and comes down the side of the tenant’s conflicting
account that is supported by the use of ‘matter-of-fact language.’ The claim for furniture repair is cast aside as more ‘makeweight’ than ‘meritorious’
given the landlord’s hostility towards the tenant. It is decided that events leading to the paddock hire were largely the landlord’s own doing, and
as such, must fail. Note also that the adjudicator does not entertain the notion of exemplary damage one iota.

What landlords can learn from Wicjhita

Before we dive in, it is only appropriate to point out that at the time of writing, the APIA has no relationship whatsoever with Ms. Ross, WHL, nor its
director(s). We are not privy to the tenancy relationship nor WHL’s Tribunal application. The comments below are entirely based on Adjudicator Stephenson’s
order and not an attempt to gainsay any parties’ account of what really happened.
#1 Keep your emotions in check
Residential tenancy in and of its own is emotional because housing is emotional. Most landlords would have had to work hard and make several sacrifices
to be in a position of owning rental properties. Most tenants just want to get on with their lives in the sanctuary of their (rented) home. And when
conflict arises, it is only natural for parties to assign a level of emotional currency to the situation because the property concerned goes to the
core of their self-identity and history. But a Tribunal adjudicator is disinterested because third party adjudication, by its own nature, is impartial
and rational. Without invalidating what was obviously a very distressful situation (for both WHL and Ms. Ross), the fact that the Tribunal (eventually)
got involved means that neither party could afford to optics of being irrational.
Though he (or she? You never know when these adjudicators) has not made a specific issue out of WHL’s unlawful issuance of two trespass notices, Adjudicator
Stephenson is clearly unimpressed. Could that impression have tainted the way the adjudicator views WHL? We can’t help but wonder if the adjudicator
could not have been so high-handed if WHL had acted with more deliberate calm?
#2 Don’t coach your contractors
Third party reports are a fantastic evidentiary tool at the Tribunal level. But don’t be fooled for one second into thinking that everything you put in
front of the adjudicator will be taken on board as gospel fact. Remember also that as tenancies become longer and tenants become more empowered with
knowledge of their rights, their application/response will likely to be accompanied by third-party reports.  When confronted with conflicting
reports, as is the case in Wicjhita, the adjudicator will compare discrepancies and take into account surrounding facts to determine
what actually happened. All of a sudden, your account may be contested.
In this instance, the adjudicator heavily hints at a suspicion that WHL’s pool inspector was sent in with an agenda. In arriving at this determination,
the adjudicator looked at the pool inspector’s length of service, the date of the report, its polemical tone, and the clear contrast with the report
furnished by the tenant. Following this line of inquiry, it is only logical to reject WHL’s claim for pool cleaning.
When submitting evidence to the Tribunal, stick to the facts. A plainly worded document authored by a third party that conveys only the facts supporting
your position will suffice. Embellishing the report with emotive language and unsubstantiated determinations (such as the pool ‘had been clearly neglected
by the tenants of the property’) will only work against you.
#3 Leave out the petty claims
Specifically, those petty claims that you are not able to substantiate with a degree of robustness. Yes, there is a pecuniary argument to be had about
how every little bit counts. God knows us investors are very good at that. But the Tenancy Tribunal is not always the appropriate forum for it. You
want to be focusing on the big picture and how you can draw the adjudicator into your narrative and version of justice. At the time of application,
you may be filled with resentment and bad-will towards mankind. But the Tribunal is not Santa Claus and your application is certainly not a bucket
wish list of the different and many ways you like to see your tenant punished. It is a restorative process for your dispute to re-align with that which
is intended by the Residential Tenancies Act. When you fill your application with makeweight claims that are not supported by evidence, it becomes
very hard for the adjudicator to take you seriously.
So the next time you find yourself filling out a Tribunal application, think about this idea of restoration.  Ask yourself what is it that you need
to restore the property back to its original state and for you to move on.  Everything else is just noise.  Trust me, a little bit of emotional
intelligence goes a long way.
TagsEditor's Choice Tenancy Issues Tenancy Tribunal Tenant