Home » Jonno Ingerson: What is a ‘housing crisis’? 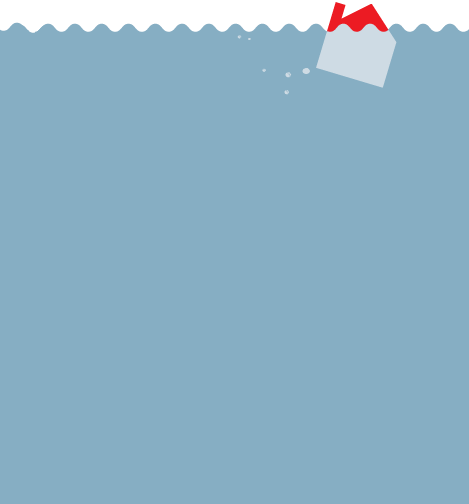 In the last couple of months there has been increasing reference to a ‘housing crisis’ in the media. But what even is a housing crisis?

I turned to the wisdom of the internet for a definitive answer, but instead of an answer I found many answers.

The term housing crisis has been used to describe several different situations, for example when prices are rising rapidly more people are shut out and
affordability becomes an issue. But there is also a crisis when prices are dropping and people owe more than their property is worth and lose money
and mortgagee sales increase. There is also a crisis when there is a severe housing shortage which leads to rising prices but also homelessness. In
all these situations the crisis for some is a windfall for others.

If you return to the definition of the word crisis it talks about an unstable or crucial time or state of affairs in which a decisive and undesirable change is impending.

Our current version of a crisis clearly relates to a market rapidly rising and everything that goes along with that, first in Auckland and now mostly nationwide.

As far as homelessness goes this is something being debated by both Government and the opposition and generally centres around the amount of state owned
houses provided for the poor. It’s tough to get hard data on the extent of homelessness in Auckland, but the anecdotes suggest that it is increasing.
It’s hard to deny that a significant increase in homelessness is a crisis for those affected.

Another potential measure of a ‘crisis’ is the level of home ownership, which is closely related to affordability.

However while investors are accounting for an increasingly significant proportion of sales at the moment, this doesn’t appear to be at the expense of first
home buyers.

In Auckland there’s no doubt things are less affordable for new entrants, when compared to incomes. But first home buyers have actually been consistently
active in the market, hovering around the 22% mark, despite average values rising from $530k in early 2011 to $975k in June 2016. There was a small
blip in early 2014, after the original LVR restrictions came in requiring a 20% deposit, when the percentage dropped to 19% but we’re now back to 22%.

How does this happen? Low interest rates. Which means affordability is actually more related to availability of money and in times of low interest rates
people can ‘afford’ to borrow more money compared to their income. So the impact of increasing values diminishes.

Around the rest of the country the buyer make-up over the last ten years is just as stable. First home buyers have been active in the range of 17-22% –
peaking in 2007, bottoming out after the 2013 LVRs and currently sitting at 20%.

So new entrants aren’t finding the current environment any less ‘affordable’ than previously, despite ratios of house price to income sitting around 10
in Auckland and rising elsewhere.

The decisive and undesirable change impending in response to our market could actually be the introduction of lending restrictions and regulations
that slow down investors.

You could also argue that the real crisis for many people, that decisive point when something undesirable happens, isn’t now, but could come when interest
rates rise significantly and people can no longer service their debt, combined with falling house prices.

Such a situation could cause real loss of wealth for many people, and potentially the loss of their homes. We saw exactly that in 2008 during the GFC.
But by that time it wasn’t a housing crisis but a financial crisis!

Coming from a commercial background, Jonno has specialised in marketing, analytics and customer insight for a number of organisations before joining CoreLogic.
As the head of Core Logic’s Research Team, Jonno has helped build the company’s research and analytic capabilities, and now focuses on analysing market
conditions and trends.

As a result, Jonno regularly presents to CoreLogic customers, regulators and industry groups, helping them to understand the current market and its potential
effects on their business. He also frequently commentates in the New Zealand media, giving additional insight.