Home » Bernard Hickey: Is NZ in a Housing Bubble? 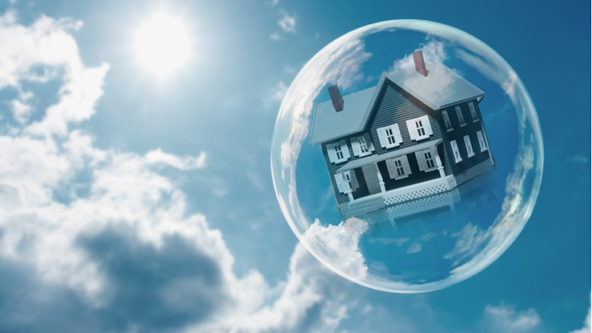 Despite being broadly favourable, the International Monetary Fund’s latest country report warns of the real risk of New Zealand house prices overshooting.  With it being an election year and house prices being the centre of our political storm, it is perhaps unsurprising that words had been put into the IMF’s mouth and what started as ‘price overshooting’ is now being largely reported as a ‘housing bubble’.

Is the housing bubble being diagnosed by realists or scaremongers?  In this three-part blog series, we ask selected industry experts to weigh in by asking them

1. What are the warning signs of a growing house bubble?

2. Do you believe New Zealand (and in particular, Auckland) to be experiencing a housing bubble?

The IMF has warned that New Zealand is in the top five in the world for house price inflation and on its measures of house prices relative to incomes and rents.

Most conventional measures of ‘bubbles’ look at the growth of prices relative to history and the returns on those assets relative to other assets and incomes. By those measures, New Zealand’s house prices are overvalued by anything from 30% to 80%.

However, this over-valuation is not new, although it has gotten significantly worse over the last 18 months.

Another measure of affordability or over-valuation is to look at ‘serviceability’ of the debt linked to those assets. By that measure New Zealand’s house prices are not over-valued at current interest rates and with current levels of unemployment.

Here’s some useful charts to illustrate the article. The bottom two charts are best.
http://www.imf.org/external/research/housing/index.htm

House prices in Auckland are now so disconnected from underlying values such as rents and incomes that it’s worth asking that question again.

The answer depends on your view of the future, including a bunch of economic and political variables that are very uncertain.

It’s very easy to paint a picture of the future that says these prices are not at ‘bubble’ levels and are therefore not likely to burst or fall sharply, or that there is a bubble

Firstly, the influx of ‘hedge city’ buying from wealthy individuals in emerging markets has only just started. The amount of lending inside China has risen US$15 trillion in the last six years, which is more lending than was done  in the last 150 years of the US banking system. At the moment most of that money is stuck in China, but the new leader Xi Jingping is determined to relax the capital controls that currently stops all but a trickle of that money from flooding out into other property markets.

Secondly, the current forecasts are that the Auckland Unitary Plan will allow the building of only half the number of houses needed to cope with an expected rise in its population to 2 million by 2031. NIMBY home owners in the leafy central suburbs of Mt Eden, Remuera, Epsom, St Heliers and Ponsonby have gutted the parts of the Unitary Plan that would have allowed more intensive development of homes in central isthmus of Auckland, where land prices have tripled over the last decade.

Thirdly, the prospects of a Labour/Green/NZ First Government have faded in recent months, reducing the chances a capital gains tax and limits on foreign buying might take some of the heat out of the market.

Fourthly, there has been a structural shift lower in inflation and interest rates over the last six years in the wake of the Global Financial Crisis. Many argue that increased globalisation of services, massive over-investment in production capacity in Asia and Europe, along with aging populations in Europe, China and the United States will keep downward pressure on goods and services prices. Low and falling interest rates tend to inflate asset prices, particularly when central banks globally are still printing money and promising to keep interest rates at zero or near-zero for years to come.

Fifthly, the Auckland housing market could be seen as ‘To Big To Fail’. The value of the Auckland market is now worth over NZ$400 billion, which is almost double the value of New Zealand’s entire GDP. It underpins New Zealand’s banking system and both the Government and the Reserve Bank have proved in recent times (late 2008/2009) they will act to support those banks by guaranteeing bonds and extending short term loans to the banks.

However, it is also possible to argue that Auckland’s house prices are significantly over-valued and could fall (as they did in late 2008 and early 2009) if there was a sharp rise in interest rates and higher unemployment. Here are some factors that could drive house price lower.

Firstly, the current Government is determined to increase housing supply in Auckland and has warned the council that continued house price inflation endangers the economy more broadly. The central Government now has the power to take over consenting from the Council and is determined to lower the multiples of house prices to income in Auckland to around four times incomes from the current level of over seven times income.

Secondly, the Reserve Bank is increasingly concerned about the risks to the banking system from an over-valued housing market and is trying to battle the issue of low interest rates causing rising asset prices that could make financial systems unstable. It has already imposed its high LVR speed limit, which may remain in place into next year. It has other tools it has yet to use, including a counter-cyclical capital buffer that would force banks to hold more capital, and has left open the option of limiting mortgage to income multiples, as the Bank of England is likely to do. The Reserve Bank is also planning to force banks to recognise landlords with more than 5 properties as small corporates for capital adequacy purposes, which would increase the likely interest rates for those loans. The Reserve Bank has delayed this change until December from July, but is still planning to go ahead with the change.

Thirdly, a change of Government is still possible and would likely lead to a capital gains tax and limits on foreign buying of properties. It could also lead to a state house building programme of 100,000 houses over the next 10 years, which could add supply to offset more demand.

Fourthly, the Reserve Bank is currently forecasting an increase in mortgage interest rates to over 8% by early 2016, which would put more leveraged property investors and owners under more pressure.

There’s the arguments in favour of a bubble bursting or not bursting. Take your pick.

Stay tuned for the next instalment of this series as we put the same questions to NZPIF Executive Officer, Andrew King, for his comments.