Home » Pi$$ing dogs and a pot of oil: Where we are at with Holler v Osaki 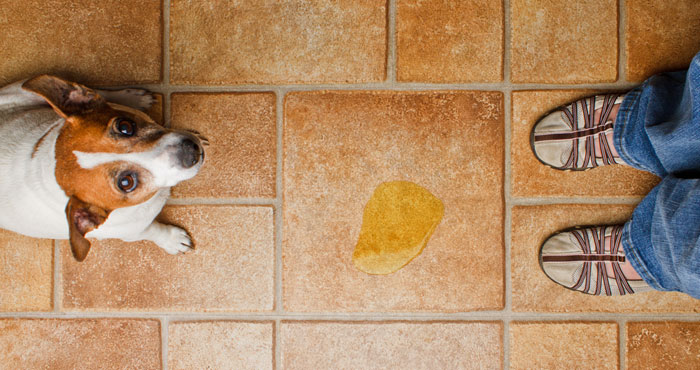 In 2009, Mrs. Osaki left the pot of boiling oil on the stove, left the kitchen, and soon forgot about it.  Her absent-mindedness not only led to significant
fire destruction of the (rented) property but also set off a chain of judicial events that culminated in the controversial Court of Appeal judgment Holler & Rouse v Osaki & Anor [2016] NZCA 130 [15 April 2016] – a decision which has since rocked the landlord community to its core.

Related article: Holler v Osaki and how it affects landlords

We have been very vocal about the injustice that is intrinsic in Holler and at one point analogised the decision as arming a child with a
livewire and shrugging your shoulder when the bomb goes off.  If a tenant is deemed competent enough to enjoy exclusive possession of the rental
property, then it makes no sense to immunise her from any form of accountability when she damages said property.

We accept that the Osakis are a special case insofar as the quantum of claim against them would naturally shift the balance of sympathy in their favour.
We also acknowledge that it would be unfair to allow landlords to double-dip on damage remedies when there is an appropriate insurance policy
to fall back on.  We do feel, however, that the COA could have given due consideration to the nature of the vast majority of rental property damages.
If it had, then we believe that it would have foreseen the upheaval that Holler is causing in the rental market.  Damages
caused by Mrs. Osaki to Mr. Holler’s house, though significant, were not at all representative of most cases of damage to rental properties.  Most
damages cost much less to rectify and, in many cases, landlords would absorb the cost without claiming on the policy.  Compelling landlords to
claim on their insurance without considering excess amounts as well as the way insurer determines quantum and incidence of claims does the situation
a gross injustice.

Another difficulty facing landlords is the concept of ‘intention’.  The Practice Note specifically allows relief, to the landlord by the tenant, if
it is established that the damage was caused intentionally.  However, intention is hard to prove especially when a tenant has exclusive possession
of the property.

“I’ve never had as many calls… from investors over any other issue,” says Andrew King of the New Zealand Property Investors’ Federation.
Noting that Holler and the Tenancy Tribunal’s subsequent Practice Note 2016/1 are not just making things more difficult for landlords,
Andrew points out that some landlords are already declining applicants who are pet owners or families with young children as a way to mitigate the
additional risk imposed by Holler.  “It leads to some very perverse situations,” says Andrew, “We are getting landlords who are just
saying, oh, I used to allow dogs but not anymore… The thing is, it is hard enough as it is for people with pets.”

Ironically, it took some dogs to knock some sense into this whole matter.  The case of Tekoa Trust v Amanda Stwart [2016] NZDC25578 (being
an appeal from the Tenancy Tribunal) provides hope and momentum towards
a more equitable outcome for both landlords and tenants.

Amanda Stewart rented a property from David and Cicille Russ, trustees of the Tekoa Trust.  The agreement specifically prohibited pets from being
on the property.  At the end of the tenancy, it was discovered that Ms. Stewart had kept dogs in the house on numerous occasions (we had heard
through the grapevine that it was as many as 50 times) and allowed them to urinate on the carpet throughout the house.  Her repeated breach of
the agreement resulted in irreversible damages to the carpets of the property that are beyond fair wear and tear.  The carpets had to be replaced.

At the Tenancy Tribunal, the adjudicator, guided by Practice Note 2016/1 found that “the landlord (had) not established that the tenant intended to damage
the carpet”, and on that basis, rejected the landlord’s claim for compensation.  The landlord appealed to the District Court on the basis that
“the Tribunal (had) wrongly applied the law… and that the action of the tenant in allowing the dogs on the property, was not an accidental or careless
act but was clearly both an intentional and deliberate act.”

The issue being examined in this case by the District Court was whether the damage of the carpets was intentionally done or caused by the tenant.

In arriving at its decision, the District Court examined the following:

The District Court allowed the appeal and ordered Ms. Stewart to make additional payments for compensation as well as court filing costs.

In arriving at his decision, Judge Smith applied the Brookers intention test and determined that, “… after a dog had urinated on the carpet once or possibly
twice, continuing to allow the dog to enter the property on numerous occasions, which would have been required to damage the carpets to the extent
show, was a deliberate intentional act by the tenant… the tenant would have known that the dog(s) would continue to urinate and that the damage was
virtually certain to result in a way in which it did by allowing the dog to continually enter the premises.”

This judgment is instructive insofar as defining an intentional act as pertaining to s269 of the PLA (i.e. Brookers intention test).  Notice that
a breach of the tenancy agreement by the tenant (especially if ‘no loss was caused per see by the breach’) in itself is not sufficient to establish
intent.  As things stand, we recommend all landlords to familiarise yourself with the Brookers intention test when determining the appropriate
response to damages.

Though Tekoa illuminates the issue of intention, it does not resolve the commercial impracticability of Holler and the undue financial
burden the latter places on landlords.  On our behalf, the New Zealand Property Investors’ Federation is working with major political parties
to bring about change legislatively.  Building and Construction Minister Nick Smith is introducing change to the Residential Tenancies Act making
tenants liable for damages of up to four week or rent or, if it was more, the landlord’s insurance excess.  The change is currently going through
consultation and we welcome all members’ views in writing to [email protected]