Home » Peter Lewis: What’s the use of PhDs when so many of us don’t know what to do with a hammer? 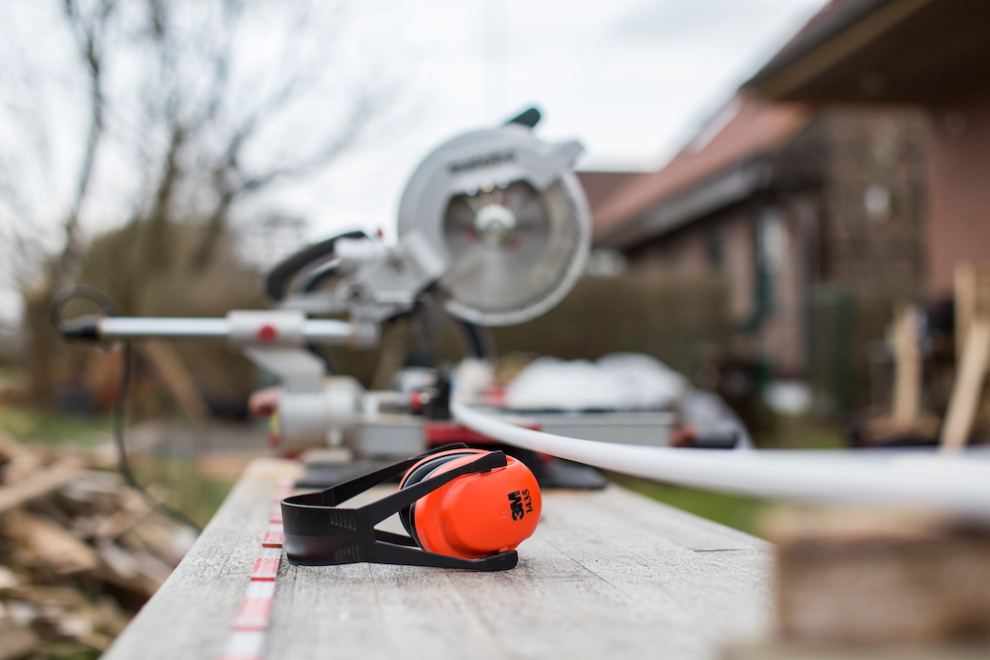 Some years ago, shortly after I bought my block of flats, a family moved into one of the units. They stayed for a few years, then let me know they
were moving out but they had an auntie who would like take over the flat. That worked well and auntie stayed for quite a while until she too
decided to move on. Naturally, she had a second cousin twice-removed who liked the place, so he and his wife took up the tenancy. As each of
these changes took place over a single day, there was little opportunity to anything more than the most basic maintenance during the time each
of this succession of tenants was actually in occupation.

However, in the middle of last year, the cousin and wife bought their own place and moved out along with many thanks and much goodwill all around.
Then, for the first time in ten years, I was able to get a really good look at the empty and uncluttered flat. Although basically sound and
weatherproof, many years of hard wear had taken its toll. Also, built in the late 1960s, it had never been updated during the subsequent years.

So what did I need to do to upgrade and meet today’s much more finicky market? The renovations sound simple – gut the kitchen and bathroom, fit
a new bathroom and new kitchen. That apparently also means entirely replacing all the plumbing and all the electrical wiring, including a new
switchboard. Following that, a repaint throughout the inside and install new light fittings and new floor coverings. That should do it.

Attacking the old cabinets and fittings with large and heavy blunt instruments is actually quite fun, in a therapeutic kind of way. That part is
quite a speedy exercise, and we made rapid progress along with clouds of dust and plaster. After a good sweep out, the measuring and planning
part started. “If we put this unit there, then the other bit can go here . . . . . “ and so on. Took a couple of weeks to get all that planning
sorted and then we could order the bits.

Have you tried to get fixtures and fittings, electricians and plumbers recently? Hens’ teeth are plentiful in comparison. Some of the people I
used in the past have grown elderly and retired, other companies have changed owners and changed staff, while others are willing to help –
in about seven months’ time. I’m actually now feeling a tiny little bit of sympathy towards Minister Twyford and his struggle with Kiwibuild.

It’s all very well to draw up nice plans on paper and lay out the project management with PERT and all the other fancy planning tools, but reality
and human nature have a most irritating and uncomfortable ability to worm their way in and destroy the best-laid plans. The kitchen cabinets
arrive, but they’ve run out of bolts and fixtures so those will have to come later. The shower tray that was meant to have the outlet at the
left rear now has it in the centre, and the one we actually want is somewhere on a ship between here and the factory in deepest darkest Asia.
It may arrive and it may not, so best accept what we actually have right now and make do. The pedestal basin will not fit the pedestal, or
is it the other way around? Between this that and the other the time drags on.

The worst part, of course, is the labour content. The plumber turns up, works half a day, and disappears again – possibly until next week. The
electricians arrive, pull all the wires out, hack holes in the walls in quite surprising places, mutter darkly among themselves and then evaporate.
The handywoman gets the kitchen assembled then wants to go away for some political gathering. Will I ever see any of them again? In the meantime,
I have to take time out myself to deal with meetings, tenants, conferences, presentations, heated arguments, and life in general. Those academics
who call the profits from residential rentals ‘unearned income’ should think long and hard about their word choices.

So why do we have these apparently country-wide skills shortages? We seem to have an ample supply of lawyers, accountants, assorted bureaucrats,
consultants, HR managers and all their accompanying make-work functionaries, but those people who can actually pick up a hammer and a screwdriver
and have the skills to use them competently are in very short supply.

Since the days of the 1970s post-school education has been largely captured by the universities, and it all now happens academically in lecture
rooms. Starting work at eight in the morning and getting your hands dirty is now seen as an undesirable and low-skill career path. Much better
to be sitting in a well-lit air-conditioned corner office tapping a keyboard. Today’s Tiger Mums aim for nothing less. Thus we have the recent
well-publicised travails of the countries Polytechs, now reduced to clutching each other for support and begging for taxpayer bailouts.

So we need to either import the skills we lack or try to train those aimless drifters we already have. Unfortunately, both options entail significant
drawbacks. Immigrants arrive needing to be housed for some time before their contribution can benefit the country. Hence in the short term,
they make our already acute housing shortage even worse, and you simply can’t just hook a loafer off the sofa, hand them a bunch of tradies
tools, and expect quality output. Unfortunately, so many people with PhDs and MBAs think that working on the tools are simple low-level
skills that anyone can do with 20 minutes of training, such is their intellectual arrogance.

My neighbour has two teenage sons. One son wants to be Peter Jackson while the other wants to be Steven Adams. Just how many film producers or
basketball stars does this country need? To solve the skill shortages problem we must no longer deify suits and the media but acknowledge and
properly value the vital contribution of those who build and maintain the infrastructure of our country.