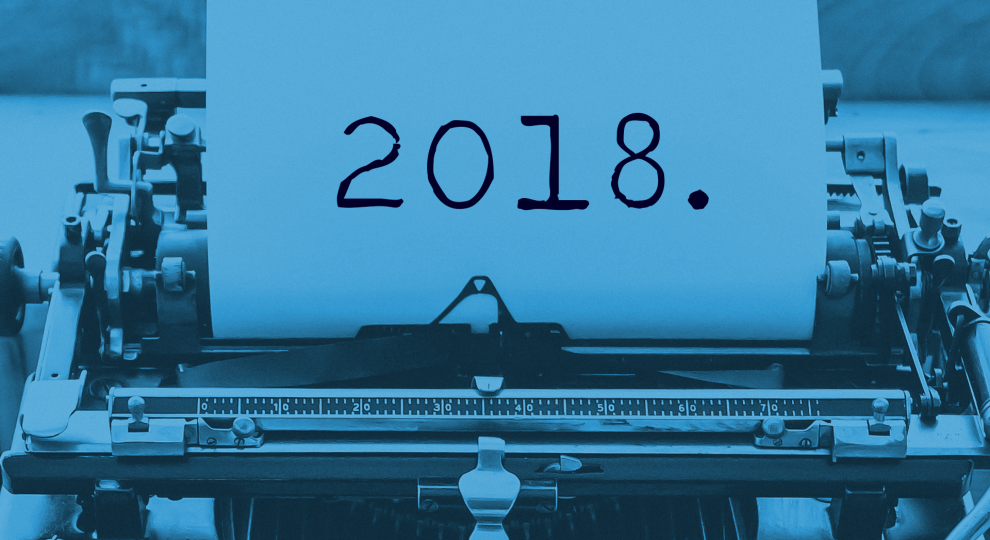 Well, that’s 2018 all wrapped up and stowed away. If I said it was all pretty much dull and boring, you’d know I was lying.

Throughout the year property people seemed to have retained their reputation as being down there among used car salesmen, politicians and other assorted
undesirable low-lifers among both the general public and the body politic. For some reason it is perfectly Ok to be a motel operator or to own commercial
property, but the minute you state that you are a residential landlord everybody hates you. It’s not so much that we misbehave, you understand, but
apparently the real problem is that we exist.

So this, of course, leads naturally to a raft of regulations, restrictions and proposals that are designed to punish landlords, restrict their rights and
impose further obligations on their activities. As well as imposing financial penalties that affect investment property owners and no-one else, legislation
is underway that will effectively remove a substantial number of current investment properties from the rental pool. These are the properties that
are unable to be upgraded to the proposed standards, properties that are perfectly fine for housing owner-occupiers but that are quite unsuitable and
unhealthy for people who rent.

As the year progressed there did seem to be some small recognition that a few, perhaps even quite a few, of the more far-out proposals may not actually
be such an amazingly good idea. Maybe they might even possible cause some undesirable side effects. Just perhaps there is some actual downside to this
popular sport of landlord-blaming and bashing?

Unfortunately, among all the political posturing and promising, there can be a real reluctance to change tack. Even when the promised actions fail to lead
to the expected outcome, politicians and their parties dislike to be seen to be backtracking. They may reassess, they may re-evaluate, they may ponder,
but it is far too damaging to both their public image and private self-esteem to say “I was wrong. That is not the solution to the problem, and our
actions may well have made that problem even worse”. We have seen this with the so-called “Ban on Letting Fees”, where all the regulation has done
is drive that cost recovery in a different direction. As with banning gravity, you cannot legislate an expense out of existence. Someone somewhere
has to carry the cost.

The biggest property-related story of the year is, of course, KiwiBuild. In reality, the Government has created a scheme that is wobbling, uncomfortably
balanced on several fundamental misconceptions about both the property market and New Zealand society in general.

Among the chattering classes that cluster in the political and academic spheres, there are many people who believe that there is a chronic shortage of
housing, that housing costs have become unaffordable, that developers and house builders are creaming large profits, and that foreign investors and
speculators are largely to blame for these problems. As a result, there was strong pressure to ban foreign-owned housing investment, fiscally punish
speculators (which includes property investors and landlords), force developers to build affordable housing, and for the Government to act as the middle-man
between builder and first home buyer in order to speedily fund new homes on greenfield sites and to remove the excess profit that builders were thought
to be making.

Unfortunately, the implementation of many of these policies has not led us onto the sunny uplands of home ownership. As economist Tony Alexander has pointed
out, housing costs as a proportion of average household income were 16% in the year to June 2008 and 16.3% in the year to June 2018. Statistically
unchanged over 10 years. In truth, New Zealanders are not increasingly being priced out of the housing market. Some sort of foreign-buyer ban has already
been enacted, but not only does this have awkward holes for Australian and Singapore buyers but the resultant compliance paperwork now adds yet another
additional cost for all home buyers. More recent reports indicate that in reality the foreign buyer influence was already on the decline and was actually
never a real factor in the market. However, it does make for good political rhetoric.

The dearth of any politicians now in power who have any actual private sector real-world experience comes strongly into focus when we see their belief
that the Government can create new homes out of thin air. In reality, the Government can just do two things – it can reward or punish, and it can create
roadblocks or it can remove them.

By offering financial carrots through subsidies and tax-relief or by imposing fiscal punishment through fines and heavier taxes any Government can attempt
to change behaviour. However, the private sector recipient may still decide to continue with their bad behaviour regardless of that punishment, or
they may consider that even with the new rewards the effort is still not worthwhile. The harsh reality within the building sector is that builders
build for profit and for no other reason. If they are making those claimed large profits, then obviously they would build more. Also, no doubt, the
existence of such profits would encourage additional players to participate. Market history over the last ten years shows that this is not the case.
Where now are Universal Homes, Beazleys, and Neil Homes? Why are they not churning out whole streets of affordable first homes like they used to back
in the 1960s? One reason only. Because there is no profit in it, that’s why. Thus Government involvement in order to remove that illusionary profit
is naïve.

So at the end of 2018 KiwiBuild is a House of Cards going no-where. The houses developed under its aegis would probably have been built anyway, and the
pricing is certainly no raving bargain. Those people who are in real need do not have the financial muscle to take advantage of the scheme and those
who can raise the cash have other, possibly more attractive, options elsewhere in the market.

As media and social pressure rises to ‘solve the housing crisis’ I would expect that either there will soon be direct taxpayer subsidies offered to enable
the needy and poor to buy in, or we will see KiwiBuild morph into KiwiRental, where the homes that are built are retained in state ownership and become
part of the Housing New Zealand stock. The current drive to force private landlords out of the property market could well be one of the pressures behind
this development. It will be interesting to see how this pans out.