Home » Peter Lewis: DTI is but a band-aid solution to the bigger housing crisis 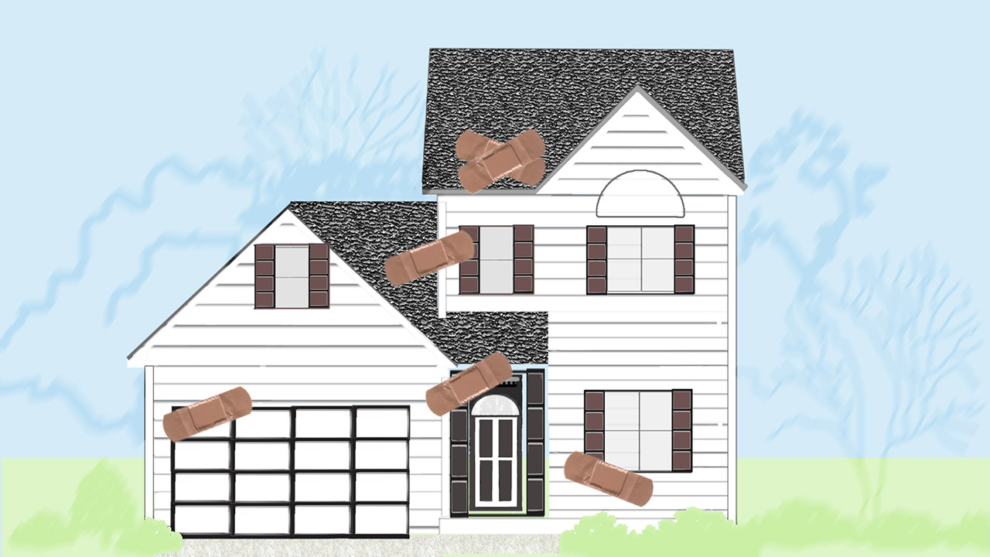 Reserve bank Governor Graham Wheeler has been working for some time to reduce the risk that he sees in the New Zealand banking system, mainly centred on
house price inflation and low dairy product returns. Now that the milk market has turned up again, property prices and the related mortgage lending
seem to be his main target.

He has already attempted to restrain the demand for housing by introducing restrictions in investor loan-to-value ratios, thus limiting the amount that
the main trading banks can lend to those who are buying property.

Although these restrictions have resulted in some, mainly short term, reduction in demand the rate of increase in housing prices in most areas of the
country seems to be largely unrestrained.

Another weapon that is available to the Bank would be the introduction of a debt to income ratio for borrowers. A debt income ratio (often abbreviated
DTI) is the percentage of a consumer’s income that goes toward paying debts. As house prices rise so has the debt within households in relation to
their income – i.e. the debt-to-income ratios. A DTI limit is said to have the potential slow this trend and reduce the consequential financial instability.

Wheeler has already stated that “We have had positive initial discussions with the Minister of Finance on amending the Memorandum of Understanding
on Macro-prudential policy to include this instrument.” Of course Finance Minister Bill English, acutely aware of a possible voter back-lash, is rather
cagier. He is reported as saying that he wants to wait and see the impact of the recently introduced tax changes on the housing market before committing
to any further changes. Read that as ‘stall anything nasty until after the 2017 election’.

Debt-to-income restrictions are already used in the United Kingdom, where most owner-occupier buyers cannot get a mortgage higher than 4.5 times their
annual earnings. However, it is not widely appreciated and seldom mentioned that these restrictions do not apply to buy-to-let investors (i.e. rental
property investors) under the current UK scheme. If you do want to control property prices then this actually makes sense – first home buyers, driven
by emotion, tend to bid prices up while investors, seeking a bargain and with one eye on their calculators, tend to hold prices down.

There seems to be the intention that, if implemented in New Zealand, because most lending that is high debt-to-income is to investors, it would apply
to all lending and hence impact investors more than owner-occupiers. The same medicine is being prescribed in the hope of creating two different outcomes.

Others disagree. Labour politicians don’t think these limits should be used here. “We have concerns that blanket debt to income ratios will exclude
even more first home buyers from getting into a home,” finance spokesman Grant Robertson has said. “More than a third of lending to owner-occupiers
in the year to May was at a debt-to-income ratio of five or more.”

And they are right to point out that there are disadvantages to implementing a debt-to-income limit.

The proposal would appear to advantage overseas buyers who either have ready cash available or who could arrange access to loans outside the New Zealand
banking system, as it would reduce competition from local buyers who would be affected by the restrictions.

A debt-to-income limit entails that some households are forced to borrow less than what they consider to be optimal. This means that the households’
ability to smooth their consumption over the life cycle is limited, which in turn leads to the households achieving a lower welfare than if they were
able to borrow more.

For example, young-person households in general have lower salaries at the beginning of their professional lives, but often very good salary potential.
By applying a debt-to-income limit, the banks’ possibilities of assessing the households’ potential payment capacity disappear to some extent since
it is current income that forms the basis for the credit assessment even though a mortgage has a term of many years. A debt-to-income limit can thus
make it difficult for young households with good creditworthiness to enter the housing market. A debt-to-income limit is also more limiting for households
in the higher income groups than, for example, limits to discretionary income.

By limiting how much households may borrow, a debt-to-income limit also entails a decrease in both consumption and GDP, at least in the short term.

Like many interventions, the introduction of a debt to income rule will have an impact initially but there are likely to be side-effects too. There
will be some people that want to buy a home and can afford the repayments but may not be able to fit the income criteria required.

The key question surely is not ‘Can We Do It’ but ‘Does It Work?’

The UK limits were imposed in June 2014. House prices across the UK rose 6 per cent in 2015. In May 2016 estate agents Stirling Ackroyd announced that
most of London’s property market has seen values rise by 8.2 per cent during the past year. Of course it could be argued that without the DTI these
price rises would have been greater, but no-one could prove that either way.

Whilst a DTI could slow down the local market, it is still seen as a band-aid solution to a bigger problem. The fact is there is an imbalance between supply and demand of property,
particularly in Auckland where mortgages tend to be the largest in New Zealand. If you have 100 people who want to buy but only 99 houses available,
then increasing supply rather than artificially throttling demand is the only sensible long-term solution.

Peter Lewis is the Vice President of the Auckland Property Investors’ Association.